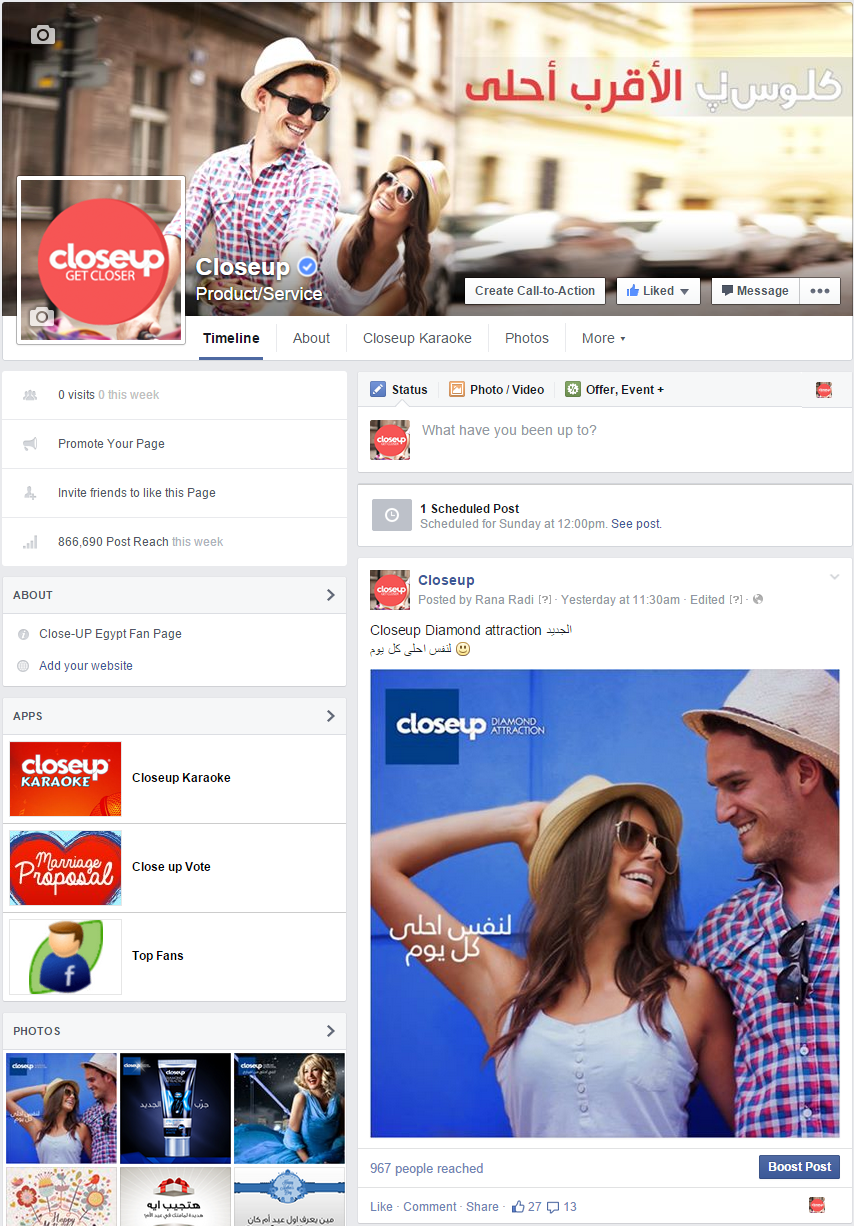 CloseUp is about getting people closer. Based on this brand essence we were briefed to create a buzz over a special event for Valentine's day.

We created a set of webisodes that invite bloggers and fictional characters to make daring things to express their love on the international celebration day of love.

The campaign was executed on Facebook and Youtube, with targeted media support and a lot of humorous execution posts.

The campaign received a large engagement hype from fans interested in following the dares and submitting their own dares. In the first week of the competition, we received 15o0 message from fans preparing their dares.

The dare videos were produced by our team, and a lot of engaging posts with dazzling visuals were added to spice up the competition. Over 150,000 new fans on the facebook page were generated.