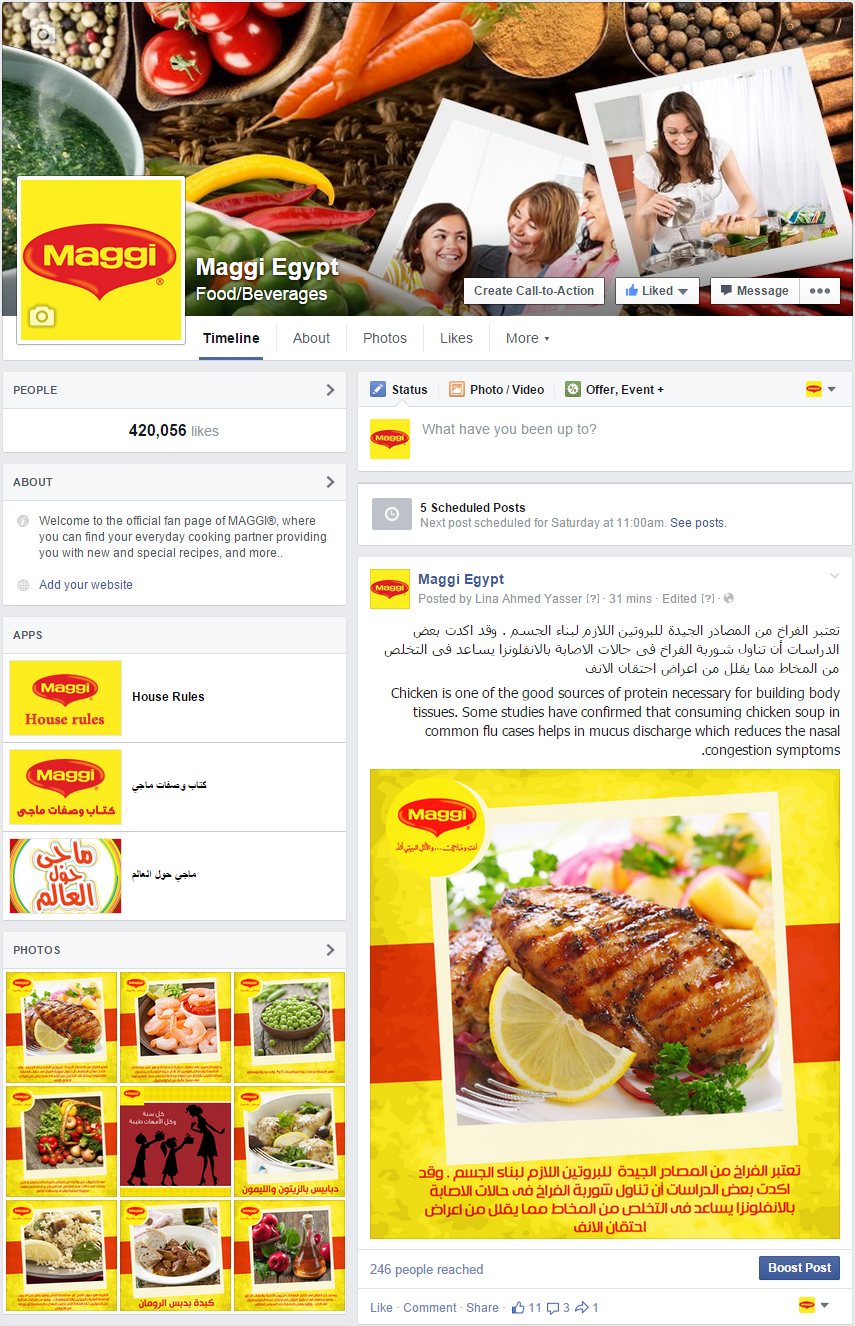 Maggi fan page on facebook has been created to reach out to Maggi's target audience. The page has been successful in attracting almost 100,000 fans in 5 months. The fans, mostly housewives, newly weds, and young mothers, have shown a lot of interaction with the topics brought to them by EGYWEB's social engagement plan for Maggi.

The page have been followed and mimicked closely by competition. The recipes and weekly contests posted have proved very popular, sparking considerable social engagement on posting.

EGYWEB planned and executed a media plan in 2012, bringing nearly 100K fans in 5 months. The plan included running media on facebook and relevant websites to generate the right audience.

The page is moderated by EGYWEB team within the guidelines and brand personality relayed by Nestle.